1 John was written to lst century believers in Asia Minor to guard themselves against a pernicious heresy that today we know as incipient or pre-gnosticism, a cluster of teachings that took sin lightly, believed in salvation by ‘enlightenment’ via secret rites, and was socially elitist, etc. To expose them and to give believers some benchmarks by which to test themselves John provides some tests of authenticity. Gnosticism may have come and gone but certain features of it continue to manifest themselves to this day and must be taken as serious threats to the integrity of the faith. The epistle is as relevant today as the day it was written and it would do all those into ‘easy believism’ or ‘cheap grace’ a world of good to read it over and over again until its message seeps in. Note: While preparing to preach this series on 1 John, Pastor Jim Andrews relied heavily on a well-respected theologian and author, John R.W. Stott’s Epistles of John [1964] Tyndale Commentary Series. While Stott’s commentary is theologically sound, he himself turned away from his previous positions later in life. Thus, his name has been deleted from this re-broadcast of the original 2010 series. 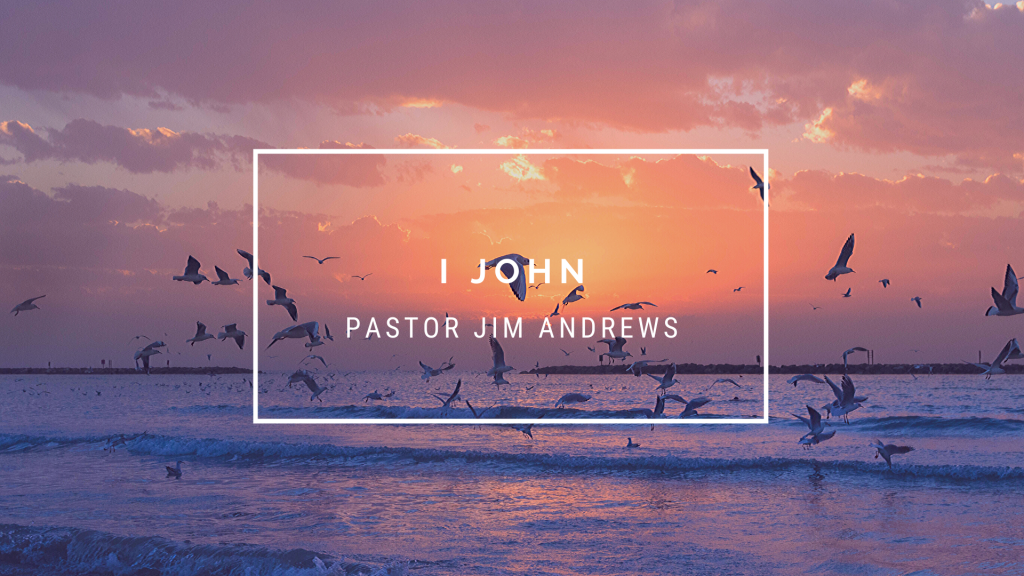